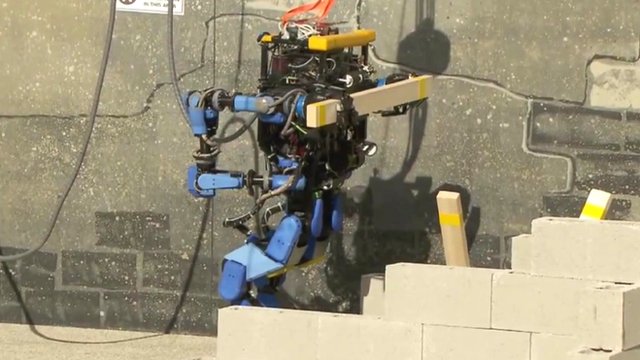 Schaft won this round of Darpa’s competition by a wide margin.
A robot developed by a Japanese start-up recently acquired by Google is the winner of a two-day competition hosted by the Pentagon’s research unit Darpa.

Team Schaft’s machine carried out all eight rescue-themed tasks to outscore its rivals by a wide margin.

Three of the other 15 teams that took part failed to secure any points at the event near Miami, Florida.

Schaft and seven of the other top-scorers can now apply for more Darpa funds to compete in 2014’s finals.

Darpa said it had been inspired to organise the challenge after it became clear robots were only capable of playing a very limited role in efforts to contain 2011’s Fukushima nuclear reactor meltdown in Japan. 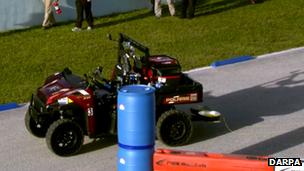 “What we realised was … these robots couldn’t do anything other than observe,” said Gill Pratt, programme manager for the Darpa Robotics Challenge.

“What they needed was a robot to go into that reactor building and shut off the valves.”

In order to spur on development of more adept robots the agency challenged contestants to complete a series of tasks, with a time-limit of 30 minutes for each:

More than 100 teams originally applied to take part, and the number was whittled down to 17 by Darpa ahead of Friday and Saturday’s event. 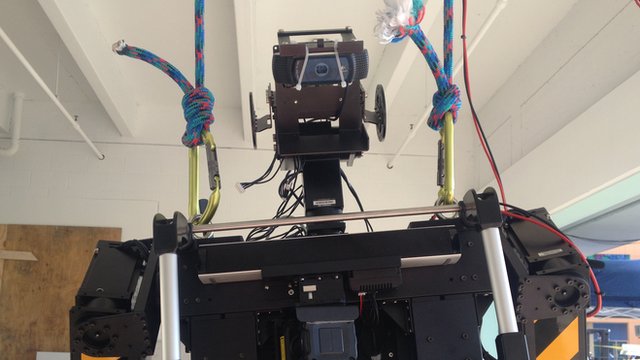 Humanoid robots drove cars, climbed ladders – and often fell – in the competition sponsored by the US Department of Defence

Some entered their own machines, while others made use of Atlas – a robot manufactured by another Google-owned business, Boston Dynamics – controlling it with their own software.

One self-funded team from China – Intelligent Pioneer – dropped out at the last moment, bringing the number of contestants who took part at the Homestead-Miami Speedway racetrack to 16. 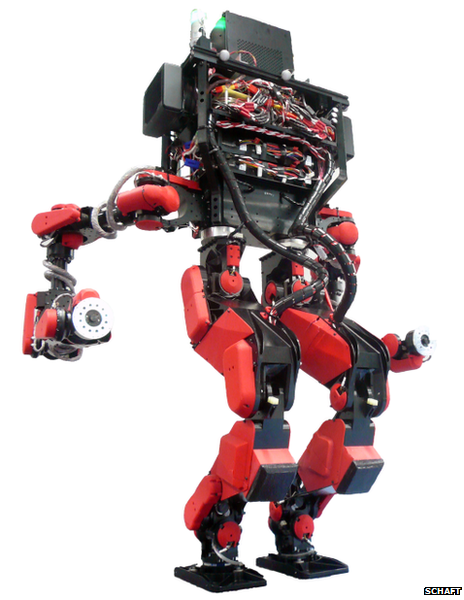 Schaft’s 1.48m (4ft 11in) tall, two-legged robot entered the contest the favourite and lived up to its reputation.

It makes use of a new high-voltage liquid-cooled motor technology that uses a capacitor, rather a battery, for power. Its engineers say this lets its arms move and pivot at higher speeds than would otherwise be possible, in effect giving it stronger “muscles”. 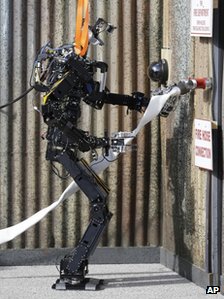 The machine was developed by a spin-off from the University of Tokyo’s Jouhou System Kougaku lab, which Google recently revealed it had acquired.

The team scored 27 points out of a possible 32, putting it seven points ahead of second-placed IHMC Robotics, which used Atlas.

Scores were based on a system that awarded three points for completing a task’s primary objectives, and then a bonus point for doing so without any human intervention.

Schaft’s robot behaved nearly perfectly, but lost points because “the wind blew a door out of their robot’s hold and because their robotic creation was not able to climb out of a vehicle after it successfully navigated an obstacle course,”reported the Japan Daily Press.

‘Reality check’Videos posted online by Darpa illustrate that the robots remain much slower than humans, often pausing for a minute or more between actions while they carried out the calculations needed to make each movement.

Several proved unsteady on their feet and were only saved from falls by attached harnesses.

Three of the teams which entered self-designed machines – including Nasa’s Johnson Space Centre and its robot Valkyrie – failed to complete any of the challenges.

The event was described as a “reality check” by Jyuji Hewitt, who attended on behalf of the US Army’s Research, Development and Engineering Command. 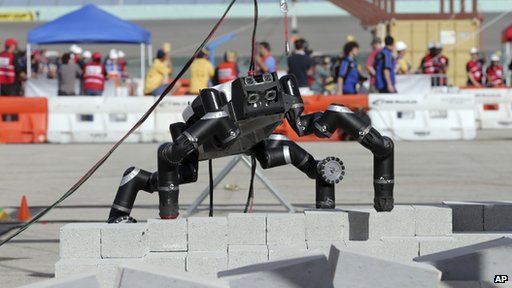 But Darpa’s Mr Pratt added that the competition, and the finals that will be held in December, would help bring forward a time the machines could be used in real-world situations.

“Today’s modest progress will be a good next step to help save mankind from disasters,” he said.

The top eight teams can now apply for up to $1m (£611,000) of Darpa investment before the finals to improve their robots’ skills. The winner will get a $2m prize.

Lower scorers in last weekend’s round can stay in the contest but will have to fund their own efforts.